SB Technology is an established name in the consumer electronic distribution industry. Based in Miami, Florida, and New York, our privately-owned company began its journey with an immense passion and expertise in consumer devices and hardware. As the technology industry grew by introducing new devices and revolutionizing brands, SB Technology too started expanding its reach with more than fifty leading brand names. This, in turn, gave our retailers and consumers a wide variety of exclusive brands and products they need for any home or office environment. We give power to our customers, allowing them to choose what works best for them and their business. So your product is ready to hit the market, but you’re not sure how to introduce it to the market, fret not, we’re here to help you with that. With the right distribution channels and marketing strategies in place, we’re here to ensure that your product reaches its ideal consumer. A leading electronics distributor with a wide range of connections

SB Technology’s distribution services aren’t limited to any particular country or region. We sell to top retailers in the USA, Latin America, Europe, Middle East, and are constantly working toward expanding our reach all over the world. Our business ethics are entirely based on honesty, sincerity, and progress. We believe in developing long-lasting relations with our partners and encourage them to freely communicate their concerns to us so that we can come up with the best solutions. We create a business partnership without any smoke and mirrors, thus making space for long-term and valuable relationships.

What We Strive For

As a leading company in the world of electronic distribution, our principal goal is and will always remain to provide the latest and top-selling products to our customers in a seamless manner, even with the regular market fluctuation. Compact, efficient, and advanced technology is developing at a quick pace. We strive to keep up to date with the industry developments to give our customers the best of knowledge and expertise. Our future endeavor is to focus on

developing smaller brands and bringing them into the mainstream market. Helping each one of them grow and keep up with the ever-changing market. SB Technology also provides drop shipping service, reverse logistics, and distribution services to government entities at attractive prices.

SB Technology is a one-stop shop for all retailers looking to receive their products in a timely fashion and at competitive prices.

SB Technology is a one-stop shop for all retailers looking to receive their products in a timely fashion and at competitive prices.

Buy or sell your products seamlessly

All your product buying and selling needs when handled by one provider, creates an easy way to manage inventory and inquiries about our products.

We offer cutting-edge technology solutions to accommodate any situation. Our reliable sales representatives are always ready to assist with any challenge.

One stop solution For all your electronic needs

SB Technology features a broad range of products for its customers, creating an easy way to purchase everything you need from one place. We are not limited to being a single brand name distributor but rather an independent distributor with a gamut of brands. We sell a variety of systems that efficiently integrate to make your work easier, be it at the office or home. We are top-tier partners with over 50 leading brands in the market today, allowing our customers to purchase the best devices at the best prices. Our catalog includes PCs, printers, cameras, gaming consoles, tablets, mobile phones, audio, streaming, monitors, TVs, hardware, and countless accessories. To know more about products and services, send us your query and we’ll get in touch.

Since its inception, SB Technology has always been passionate about procuring the latest electronic devices and distributing them to the right audience. Beshair, the founder of the company started SB Technology by selling mobile handsets in 2002 to MVNO’s and other smaller distributors in Latin. In 2003, trade with mobile phones started to pick speed in the UK, Dubai, Hong Kong, and Singapore. And by 2009 Beshair became an Apple Premium Reseller for the US market. This huge milestone was achieved through sheer determination and the right marketing strategies.

A journey towards many such achievements had just begun, in the next four years, SB Technology started gaining popularity as the leading distributor of Apple devices. In 2016 we started laying our roots in Miami, by opening an office there to focus on Consumer Electronics in the Latin market. Later by 2018, SB Technology moved its headquarters to Miami The USA and by the next year, we opened offices in Holland. Today we have several offices around the world with logistic partners such as FedEx DHL to assist us with our distribution process. We have tie-ups with the most popular as well as best selling electronic brands.

All Your Needs, One Provider 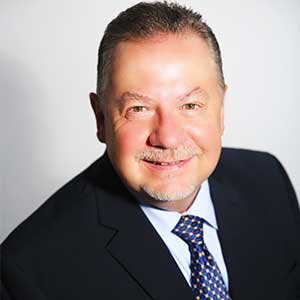 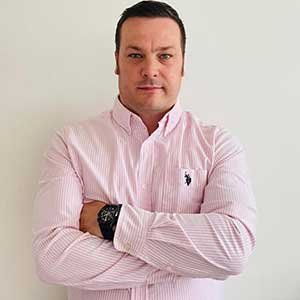